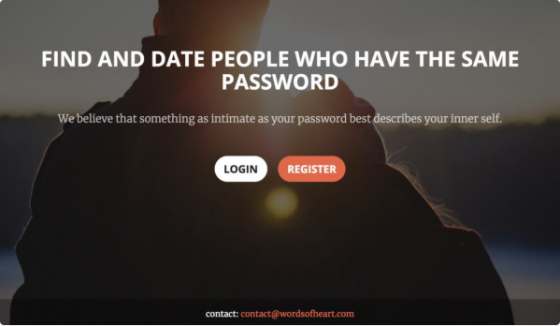 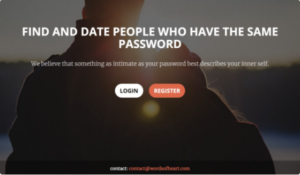 Sadly, this is true. Sophos posted their wise perspective about the phishing site — but it’s pretty certain more than a few romantics fell for the ruse prior to it being revealed. Before smirking and saying to yourself that only a rube would be taken in by something so obvious, note later in the article when testing the password of ‘password’, author Lisa Vaas found multiple matches. That millions of people use “password” or “12345678” to secure their online identity is all too true. In fact, those two ‘clever creations’ led the list once again in the latest survey of cracked credentials.

Why doesn’t everyone understand how vulnerable they are when using a weak string to secure their life? It’s not that they don’t care. Ask anyone who has been hacked. Most violated individuals and businesses report the experience as devastating. Some describe it as “digital rape”. The impact is life changing. In many instances the damage will reappear again and again simply while trying to make a purchase.  Being confronted with rejection related to hurriedly using a lame password lasts. But it’s a hassle to try to think of a new combination of upper and lowercase letters plus numbers and acceptable symbols for every web site or app.

So don’t. Instead, use FaceGuard.

You do have to give up on the chance that somewhere else there’s another person with the exact same credentials. The odds against that are in the Trillion to one range by having FaceGuard generate your passwords. The good news is you don’t have to remember any of those secure keys. You just prove you’re you (also known as authenticate) because you’re the only person on the planet who knows exactly what faces familiar to you are hidden within a crowd of unknown people.

Look on the bright side: you already have an emotional connection to the friends and family faces protecting you. You may even have included some very special people who are – or might be – heart throbs.